Cutting The Canalside Hedge And Shaping The Evergreens

For several days the team have been working in the the area behind the sports pavilion, the west side of the college grounds. Armed with bill hooks, secateurs, hedge cutters, loppers and saws, Simon, Joss and Peter reduced the height of the mixed species hedge that forms the college boundary beside the Oxford canal. Six to eight foot of thick, messy, tangled and, in some places, very spiky growth was cut off leaving a very neat, tidy hedge of just three to four foot in height, making it a far more manageable hedge in the future.


Once the cutting of the canal side hedge had finished, Ali and Graham moved into the area and, using a hedge cutter, a long arm hedge cutter, loppers and secateurs, shaped the evergreen shrubs in the border behind it. Having shaped these shrubs they moved on to shape the evergreens in the border to the side of the sports pavilion. With the work on the shrubs complete, Callum and Ady weeded the border and added a wood chop mulch to finish.


Posted by Worcester College Gardeners at 19:40 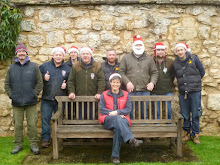 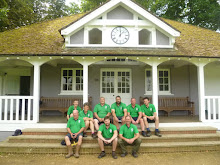